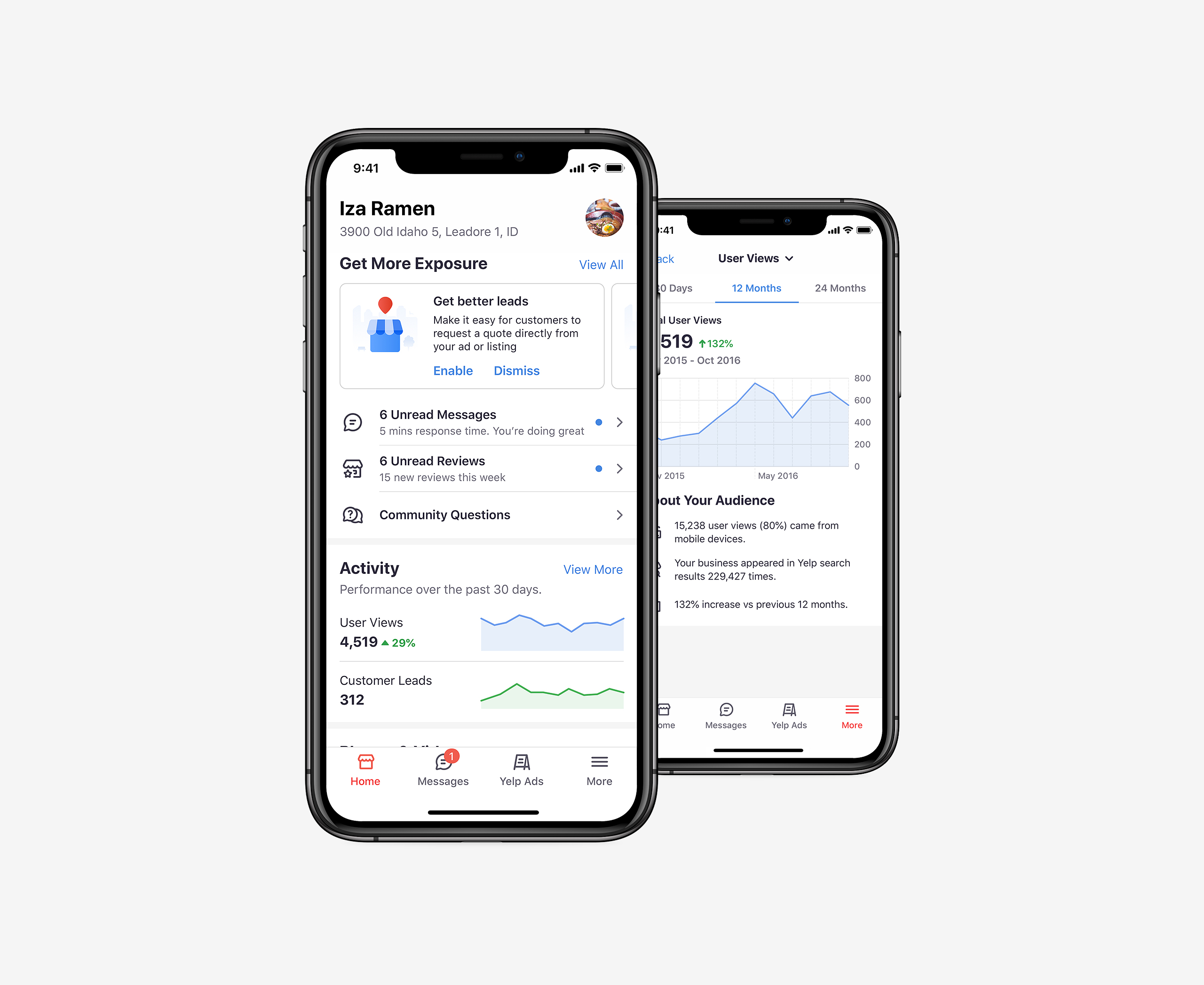 The Yelp for Business Owners gives businesses a way to verify & manage their online content & reputation on Yelp, track visitors' engagement & customer leads, connect with potential customers through MTB (Message The Business) functionality. An average of 142 million users visit Yelp every month, and millions of people make purchasing decisions based on Yelp's reputation. That makes Yelp a very promising tool to showcase a business and connect it to the Yelp community.

The best way to manage a business on Yelp is by claiming a Yelp Business Page and creating a business login. In order to gain access to the Yelp Business Pages, merchants go through a rather painful process of proving their identities to get needed credentials (‘Claiming Your Business’ funnel). The Yelp for Business Owners is a stand-alone product and it’s available on mobile and desktop platforms.

Despite the Yelp-merchants' primary high motivation when passing the claiming funnel, the Y4BO retention numbers are extremely low.

I realized that there was an opportunity to benchmark Y4BO performance and to identify areas where it was possible to increase customer retention. My goal was to inspire dormant Yelp-merchants to re-engage with the platform and to take the key actions that would get them back on track to becoming frequent, long-term paid customers.

Dormant Yelp-merchants are important for two reasons: they represent a large proportion of the total user base and include some of the most valuable customers. Unlike new users, who are a black box, it’s likely that there is also already some useful information about dormant users, including their past activities & Ads campaigns, as well as stronger engagement with the Yelp community.

I proposed a vision that by better structuring our app navigation we might be able to give new users a better idea of how they can use the app, and thus increase the chance for them to stay on the platform.

Instead of a static approach we strived to shape a dynamic tool, that would increase friction and shift its perception by merchants from just a virtual world application to a real business instrument that solves their needs through long-term engagement.

What I was after was an indication of whether I’d be able to actually impact user behavior with these changes.  What do merchants really want? What pain is our product relieving?

This exploration targets the minimal set of changes to make the app more engaging and easy to use but also not disrupt the user experience too much. 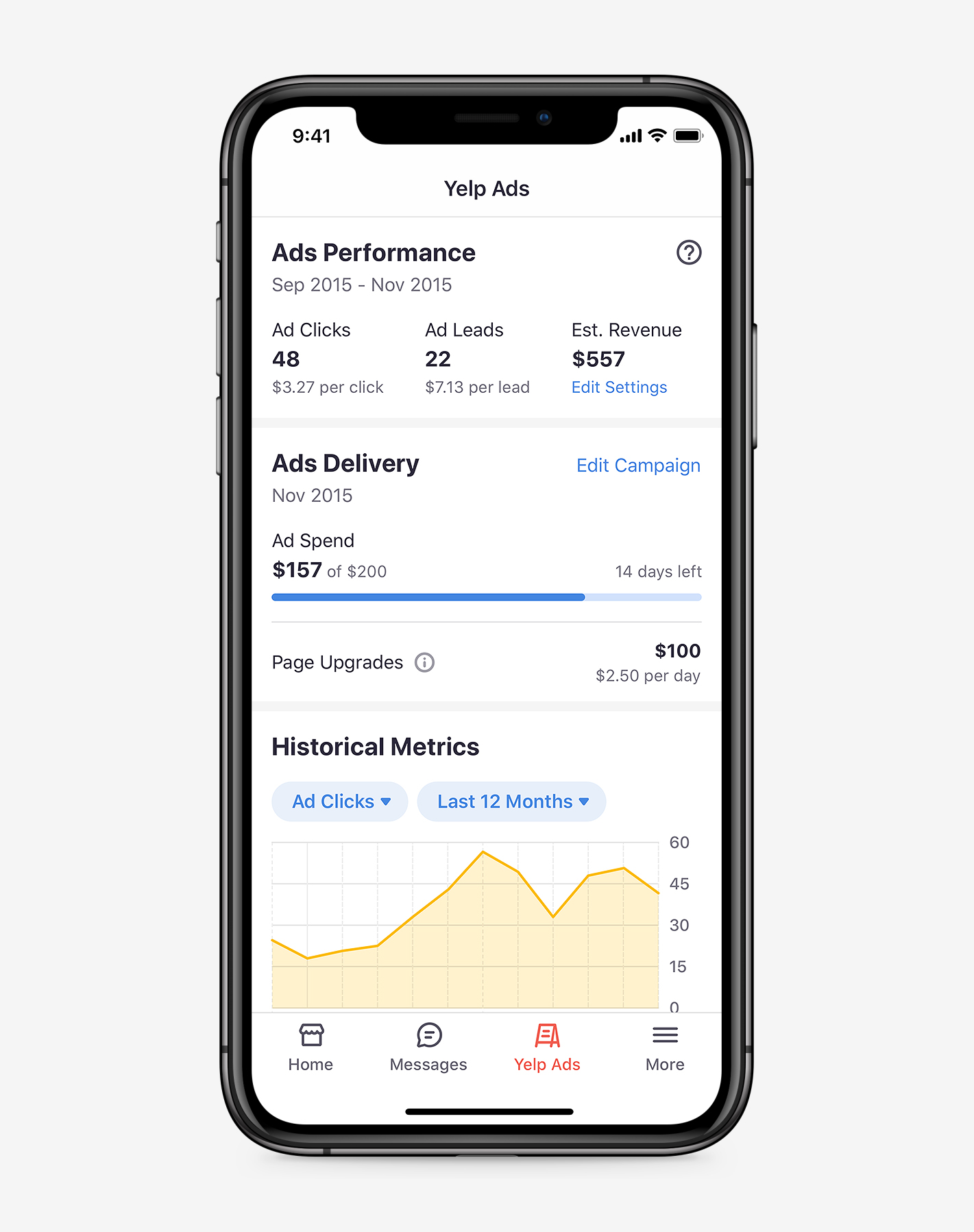 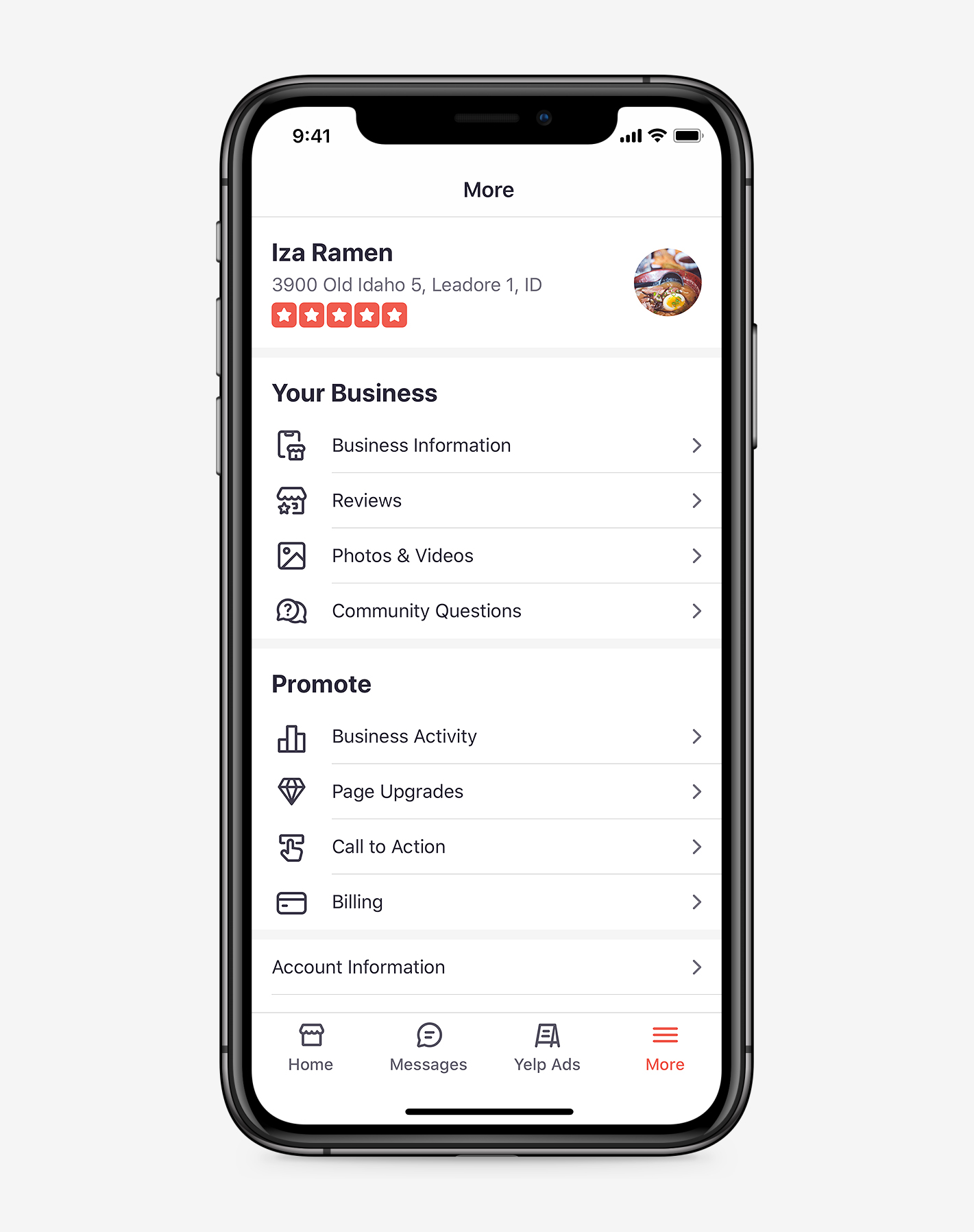 This exploration targets all external triggers (notifications about business contributions from Yelp users, and MTB Inbox). 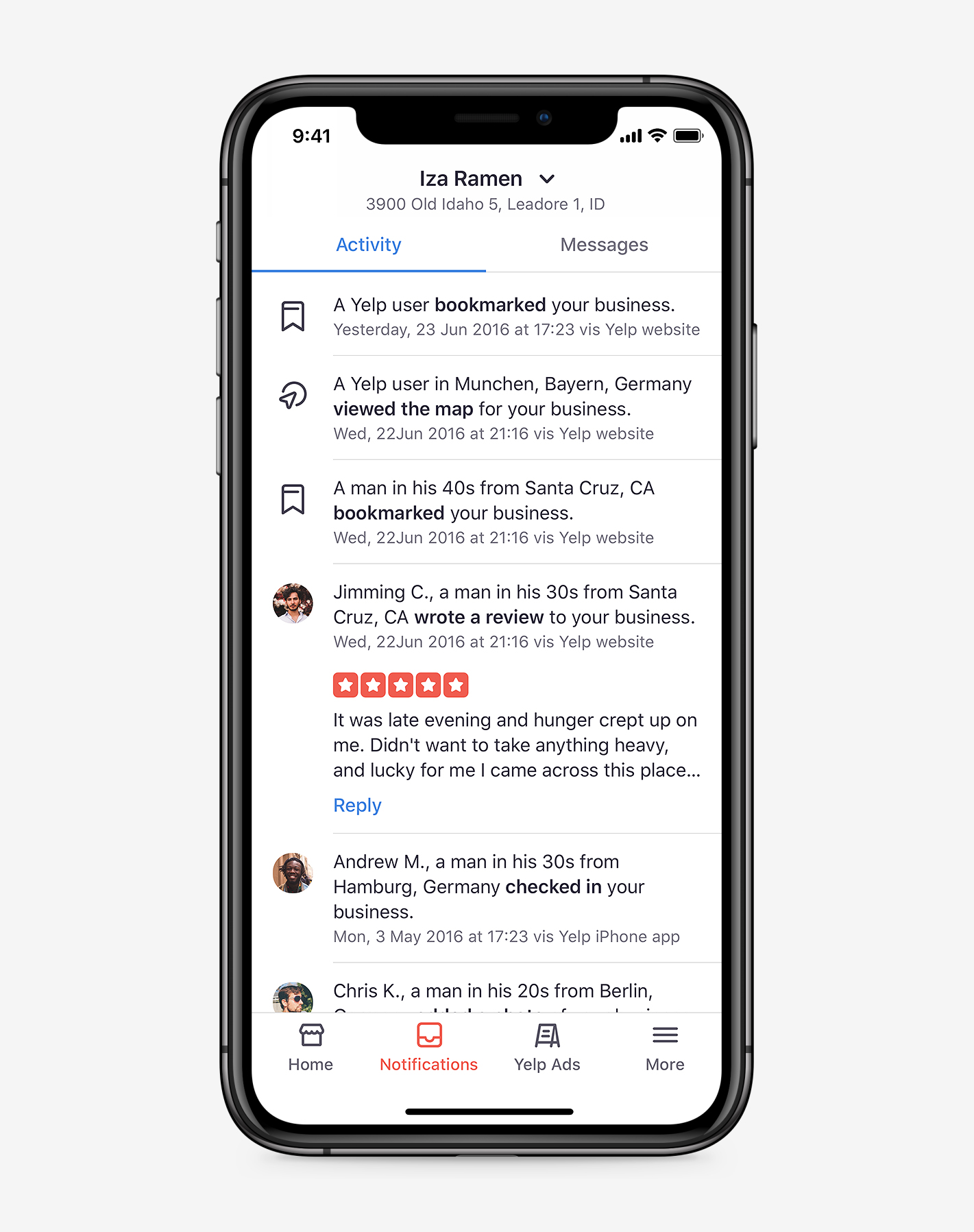 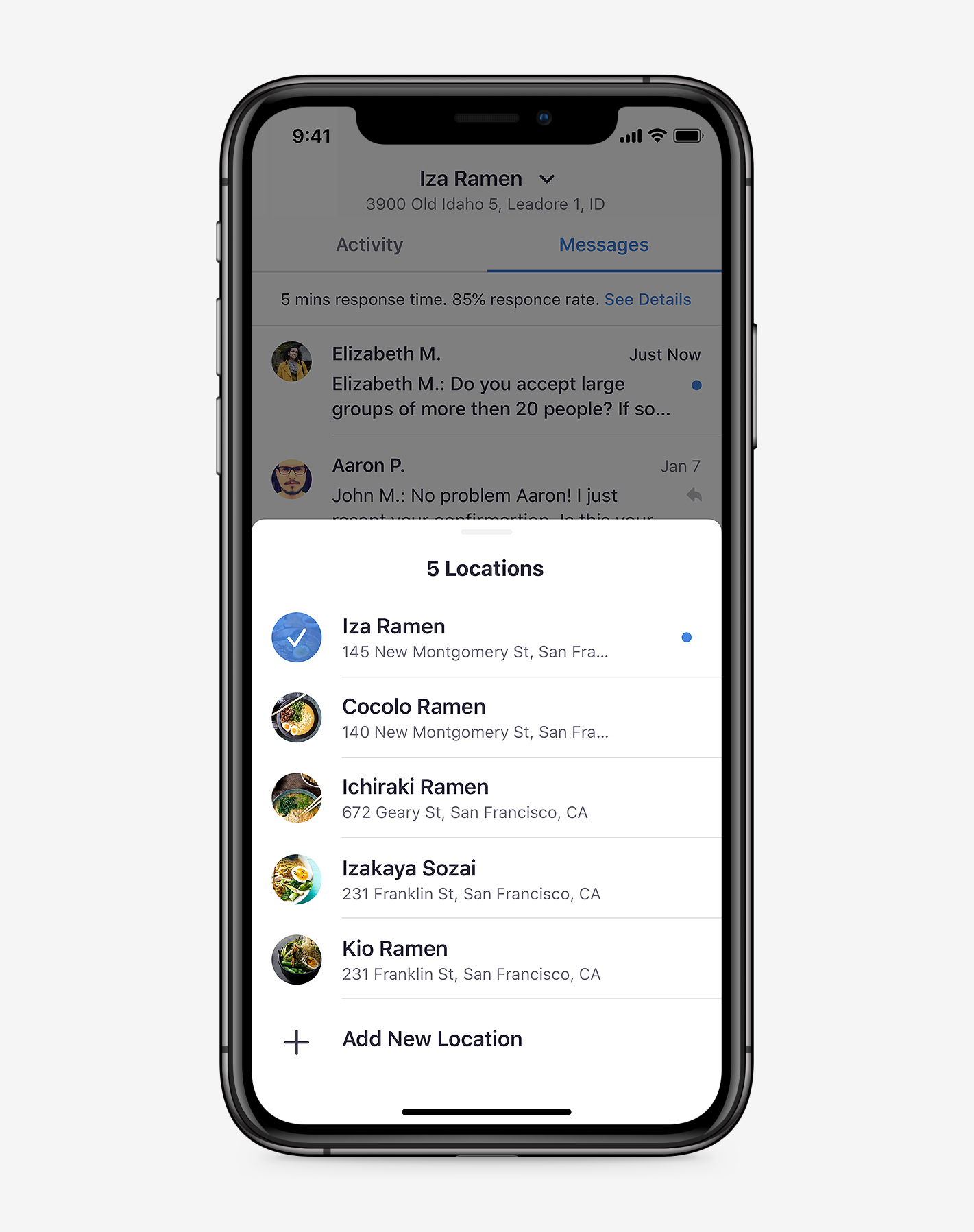 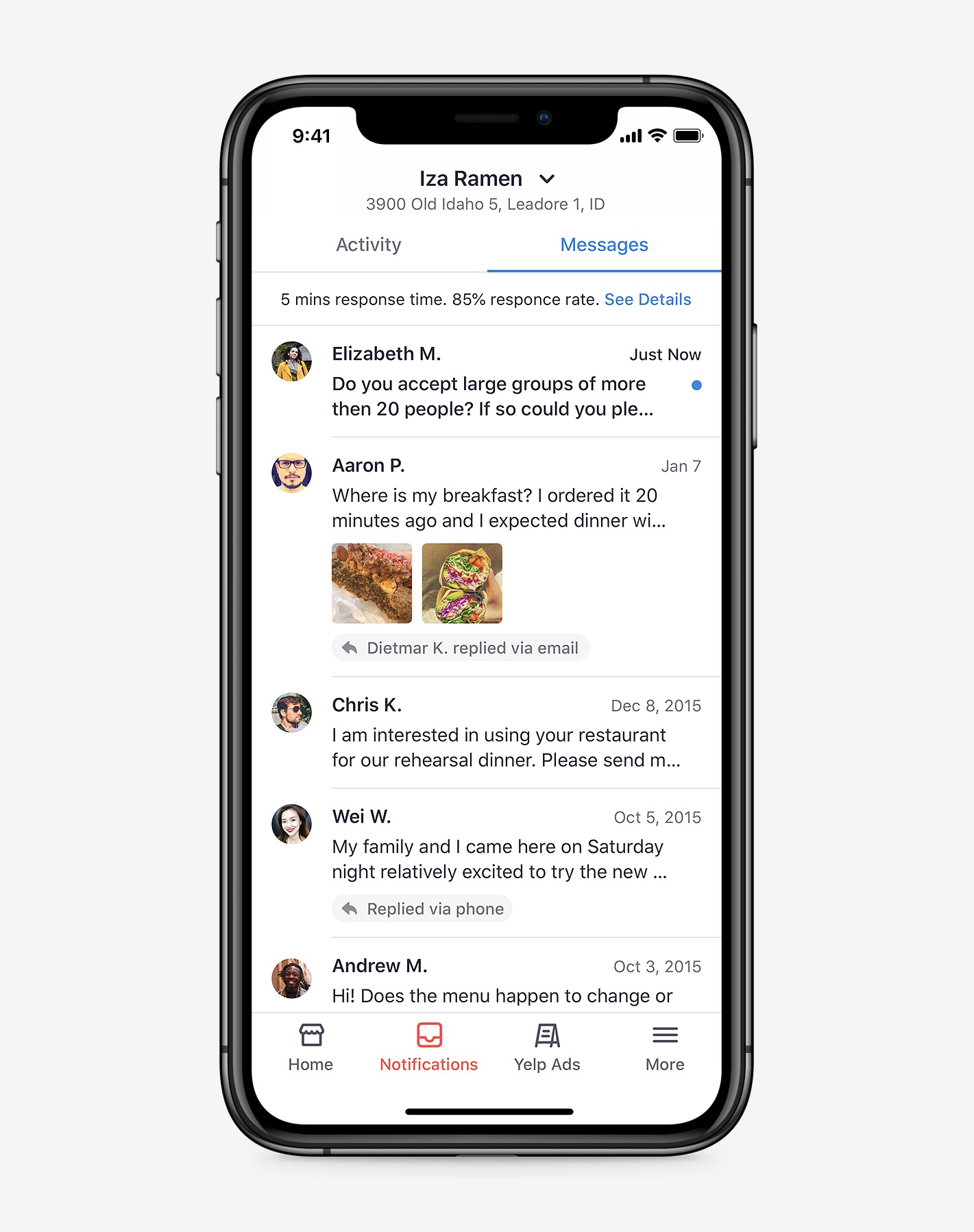 More screens and design system elements are showcased below. 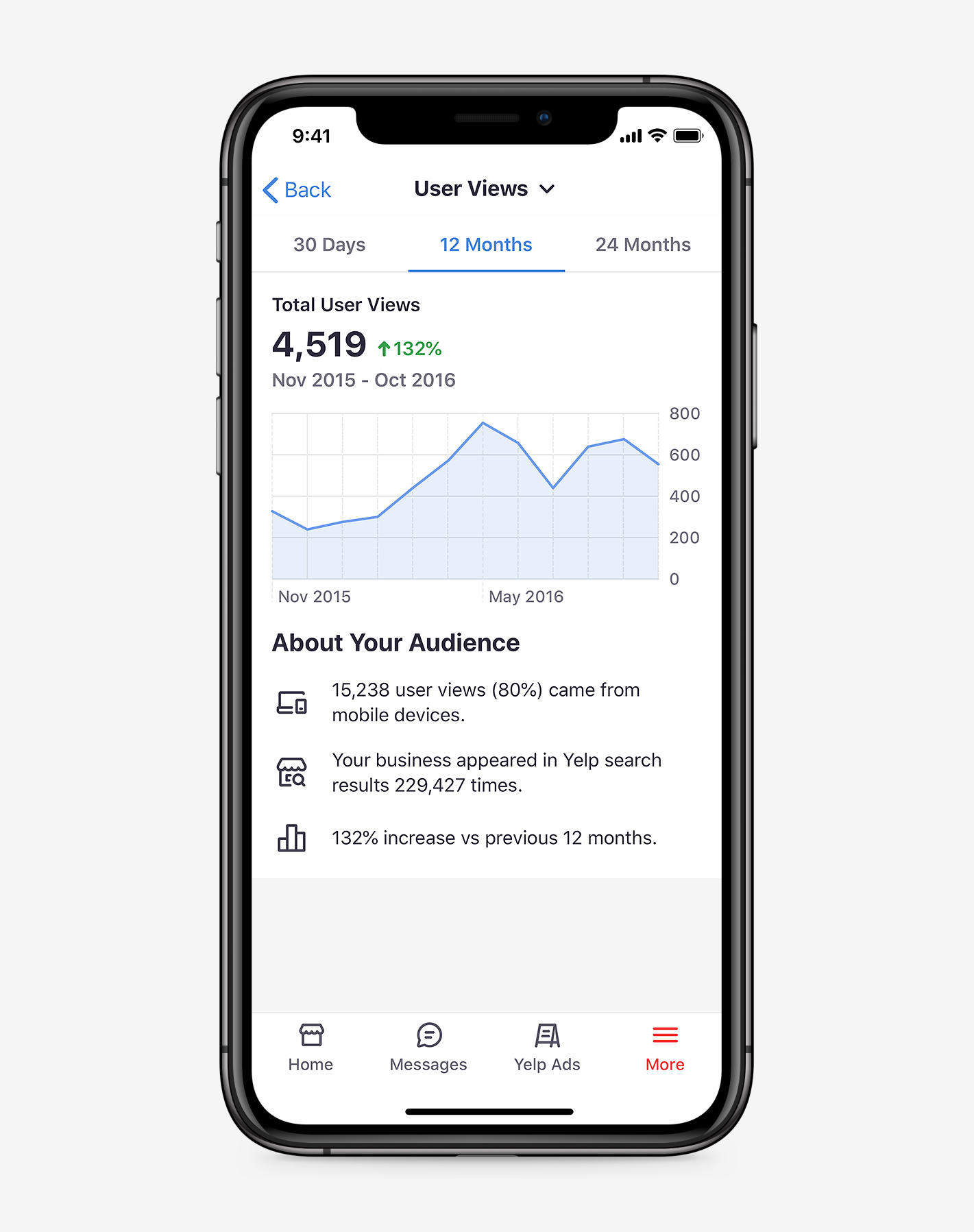 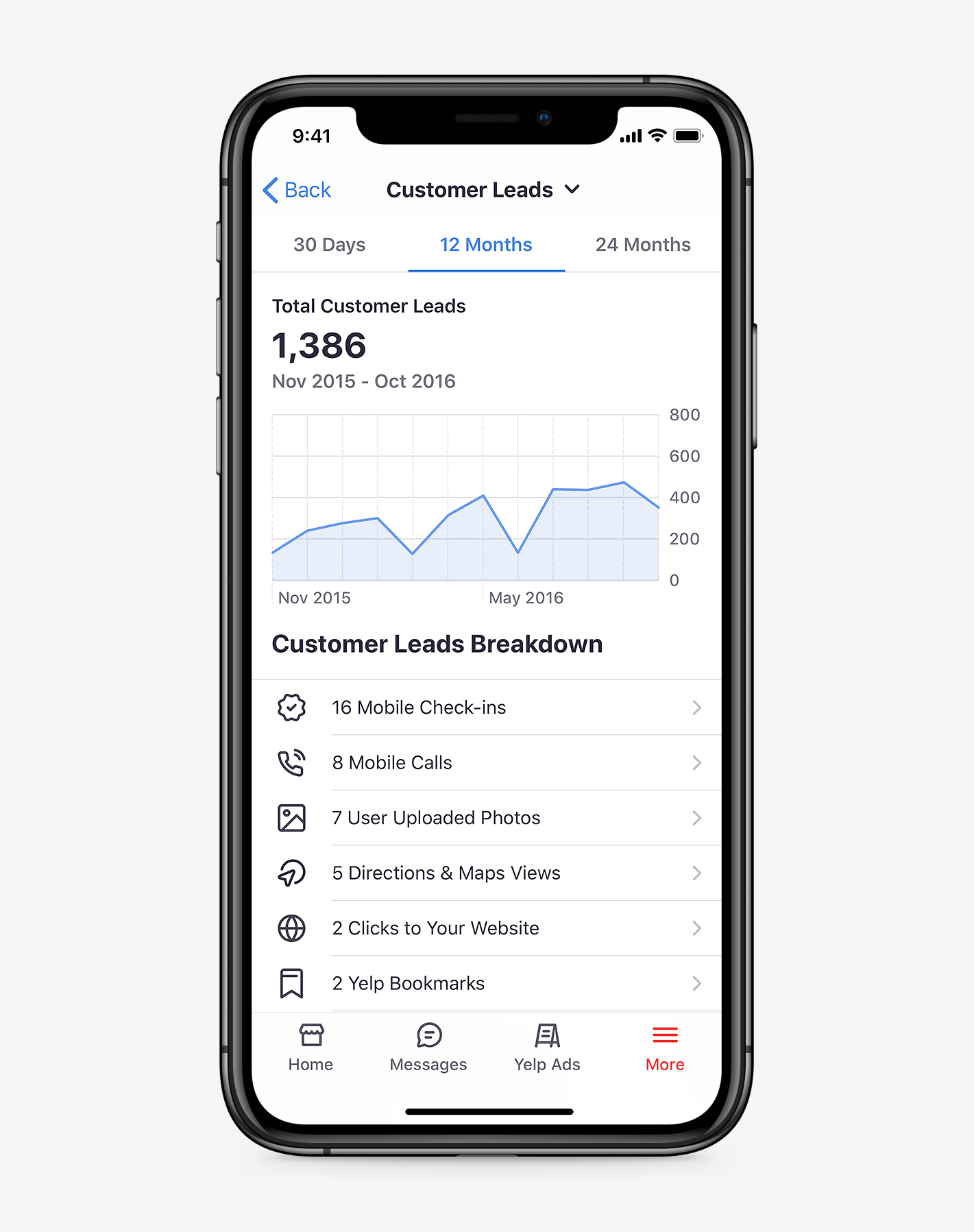 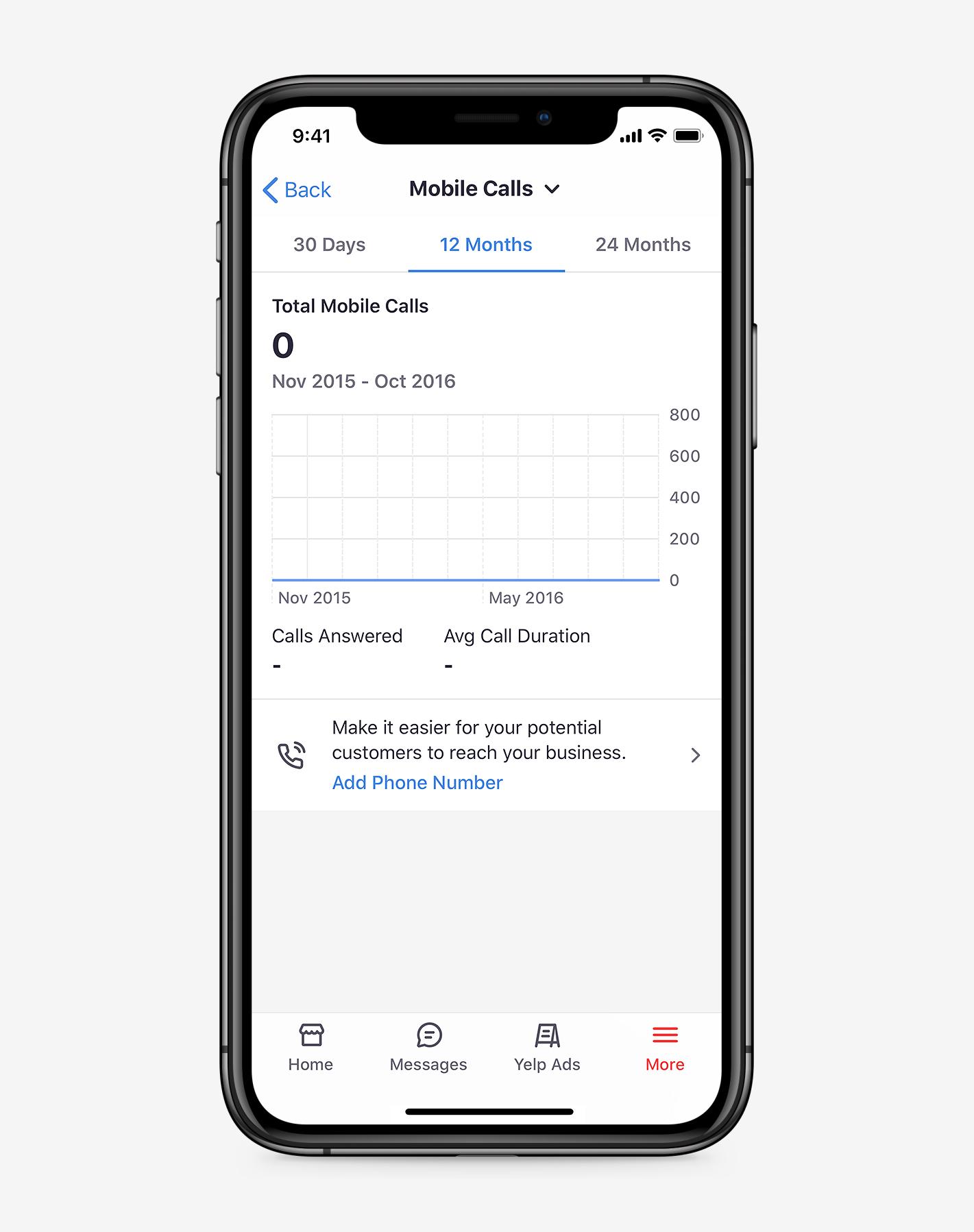 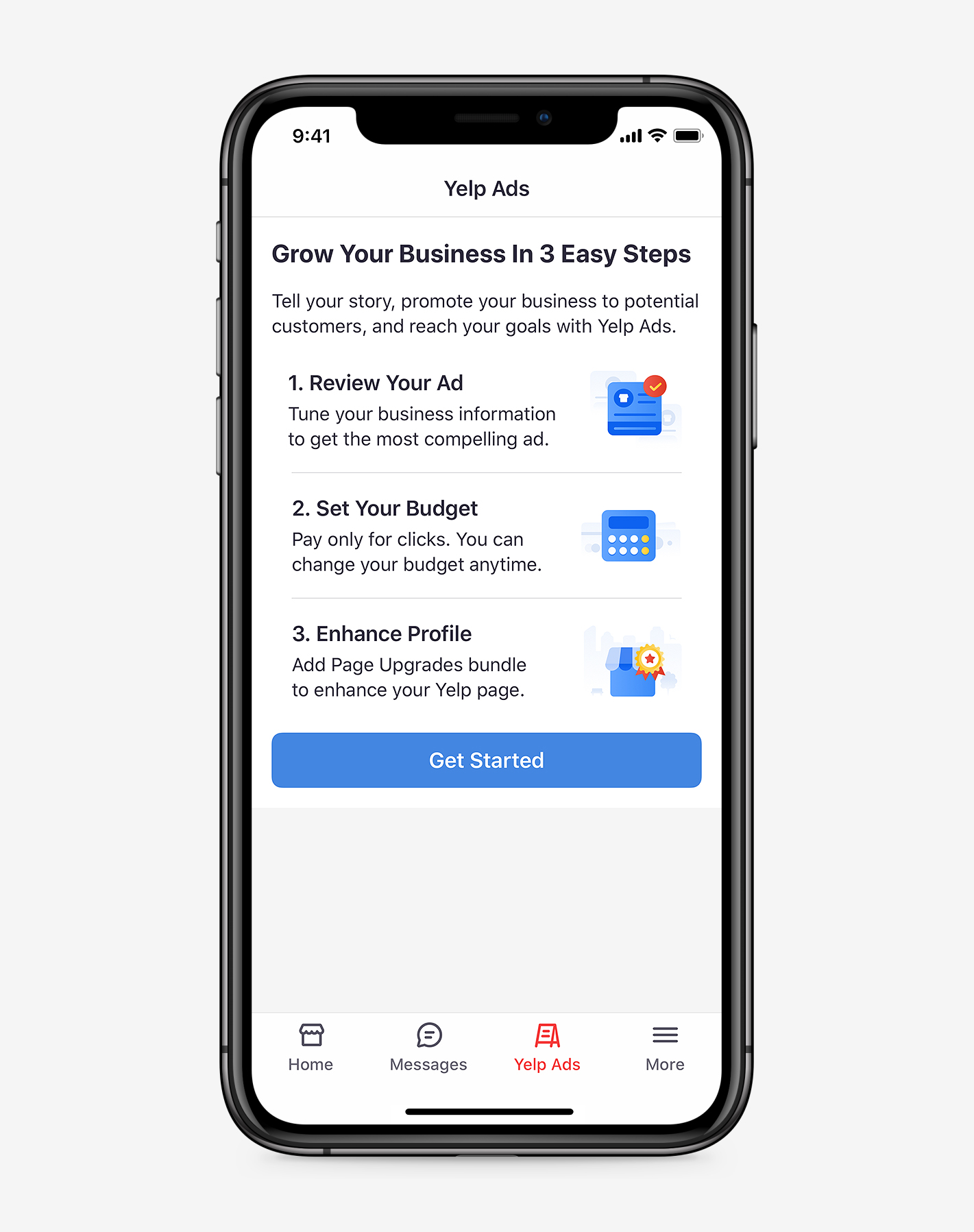 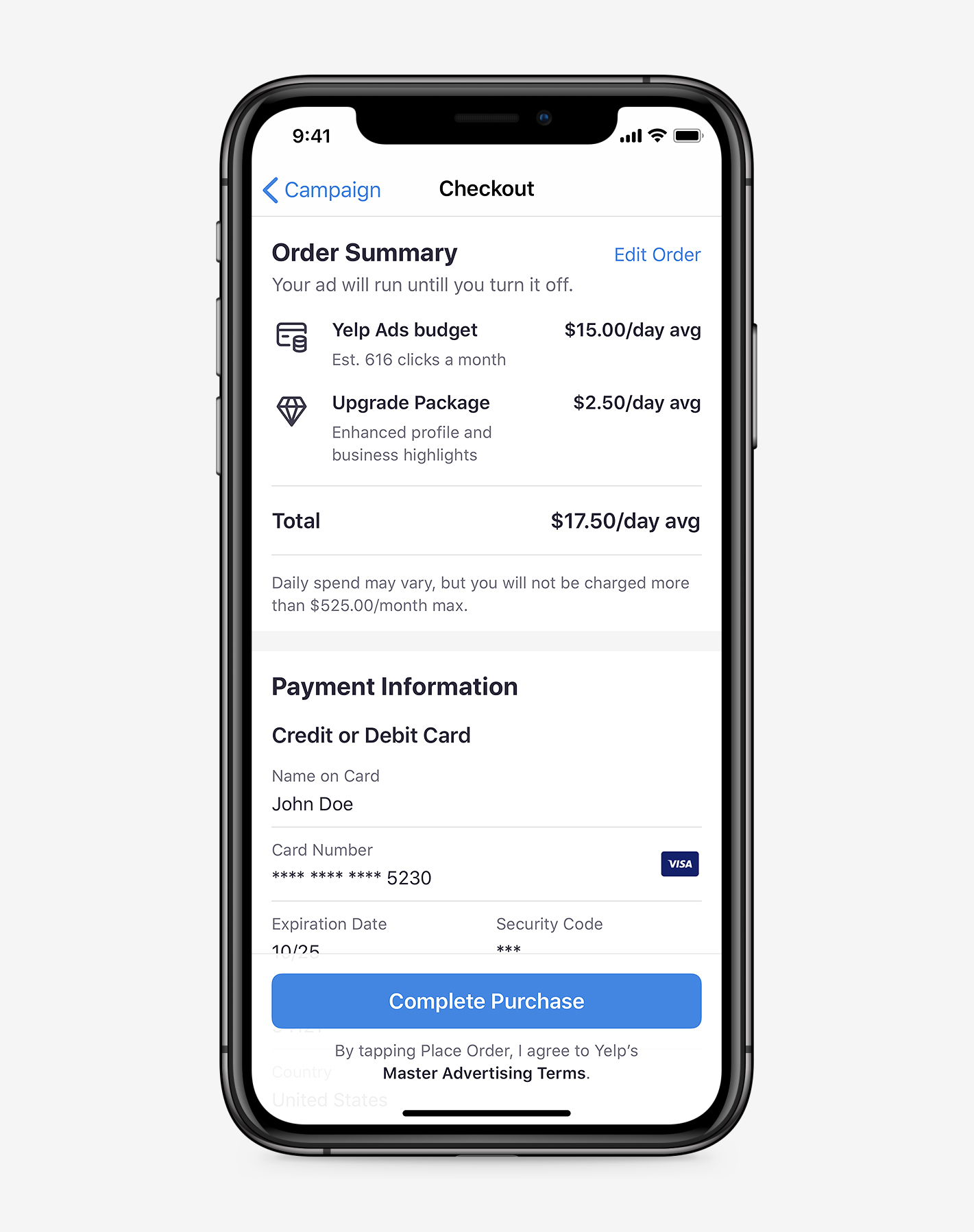 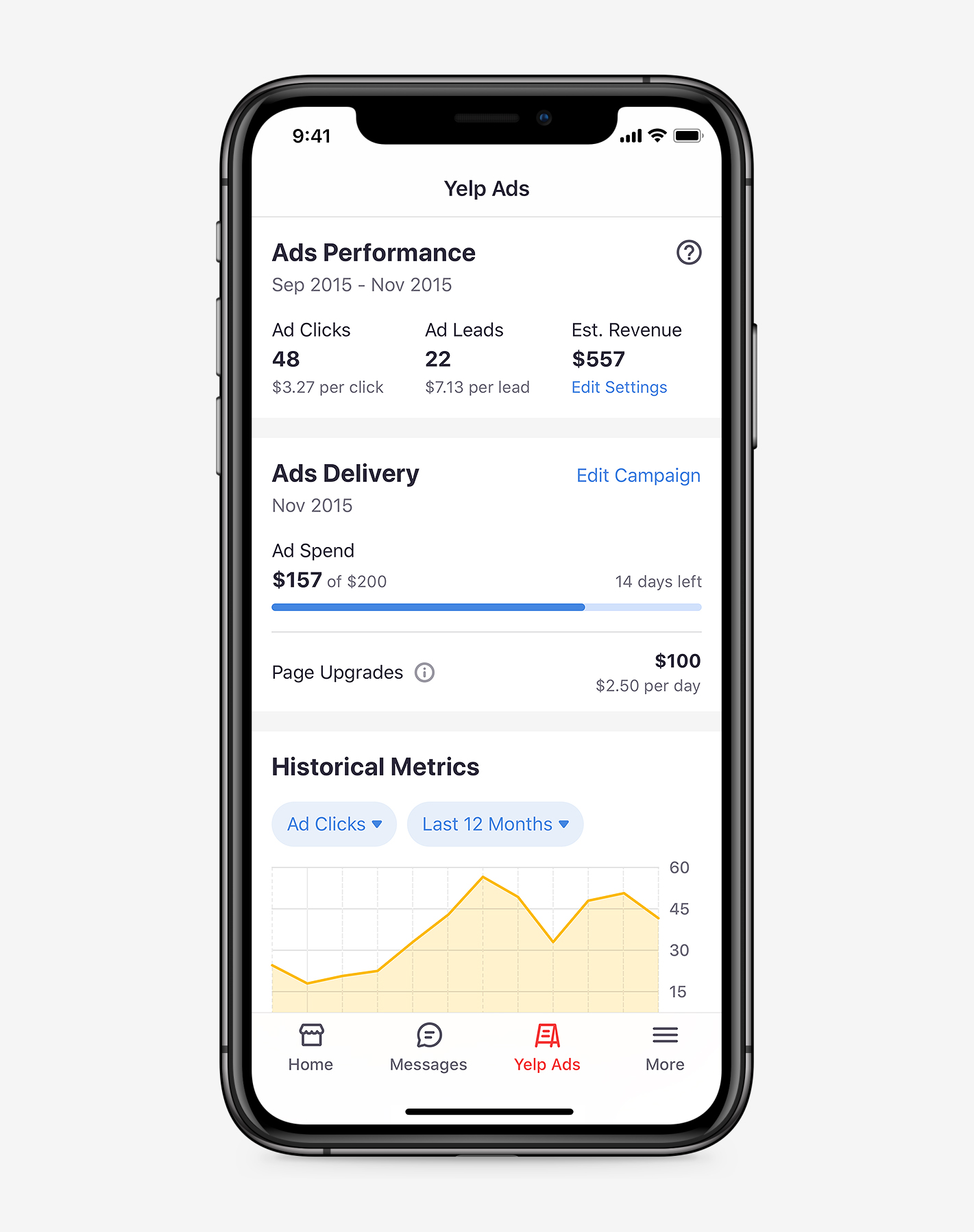